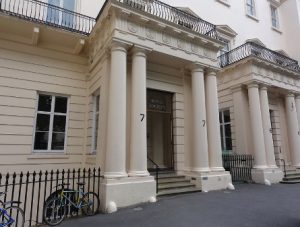 Languages & Entrepreneurship: a guide for students is a report produced by the Higher Education Academy (UK), presenting case studies from former students of a wide range of disciplines who used their experience abroad or built on their intercultural skills to identify business opportunities and launch an enterprise of their own. The report was officially launched at an event in the Royal Society in London on Wednesday, 21 November 2012. The launch was part of the Language Week 2012, organised by the British Academy. The event featured a number of contributors, including Professor Nigel Vincent, Vice-President of Research and Higher Education, British Academy, Professor Grahame Bilbow, Head of Arts & Humanities, Higher Education Academy, and Ms Lizzie Fane, author of the report. ENIEDA was represented by Dr Svetlana Kurteš, who had a chance to talk to a number of participants and briefly present the Network, its activities and goals during the networking reception after the launch. 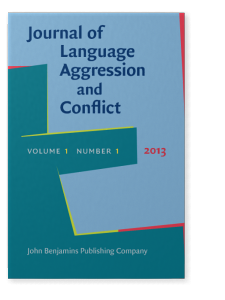 The Journal of Language Aggression and Conflict was launched at the 1st International Pragmatics Conference of the Americas and the 5th Intercultural Pragmatics Conference held at the University of North Carolina, Charlotte, USA, 19-21 October 2012.  Professor István Kecskés presented the goals and aims of the new journal, which is published by the John Benjamins Publishing Company. The journal is edited by Professor Istvan Kecskes (State University of New York, Albany, USA) and Dr Pilar Garces Blitvich (University of North Carolina, Charlotte, USA).

European Day of Languages celebrated at University of Skopje 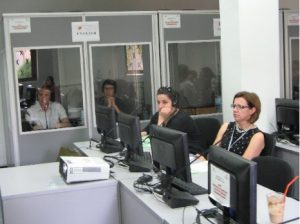 The Department of Translation and Interpreting of the Faculty of Philology ‘Blaže Koneski’, University of Skopje (Republic of Macedonia) organised the International Conference Language and Culture Interactions via Translation and Interpreting (26-27 September 2012). The conference marked two significant occasions: the 10th anniversary since the establishment of the Department and the European Day of Languages. The conference attracted quite a number of participant not only from the Balkan region, but also from other parts of Europe. Among the plenary speakers were Ms Alison Graves (European Parliament, DG Interpretation and Conferences), Professor Wolfgang Motch (IDS-Mannheim, Berlin), Professor Frosa Pejoska-Bouchereau (Institut National des Langues et Civilisdations Orientales, Paris) and Professor Doreana Hristova (University of Skopje). ENIEDA was represented by Dr Svetlana Kurteš and Dr Igor Lakić, who also took the opportunity to present and promote thr Network and discuss possible collaborative avenues with the colleagues from Skopje.

Professor John Searle (UC Berkeley) visited the University of Lodz (Poland) earlier this year, when he received an honorary doctorate for his contribution to the field of philosophy of language and pragmatics. The event coincided with the 6th Lodz Symposium (New Developments in Linguistic Pragmatics – NDLP2012, 26-28 May 2012), where Professor Searle featured as one of the plenary speakers. The Polish National Television produced a documentary (in collaboration with the Department of Pragmatics, University of Lodz), marking the occasion. Extracts are now available on Youtube.

Łódź Papers in Pragmatics latest volume is out

The latest volume (8.1) of the Łódź Papers in Pragmatics is out and available. Editorial is written by Paul Chilton, Monika Kopytowska and Piotr Cap. Contributors include Marina Sbisa, Raymond W. Gibbs, Louis de Saussure and others. 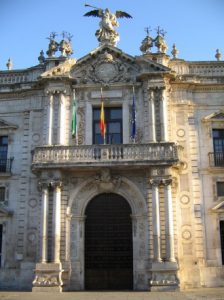 Several members of the Network’s Management Team and Advisory Board were invited to participate in a collaborative initiative lead and directed by Dr Teresa López-Soto from the English Department, University of Seville, Spain. Dr López-Soto was the main supervisor and director of the PhD dissertation of Ms Anna Ivanova entitled ‘Barack Obama’s presidential governing on the Internet: Web 2.0 and the pervasiveness of political language’. Her collaboration with the ENIEDA team started with Dr Alcina Sousa, who had been initially invited to act as a co-supervisor, and then continued with Dr Monika Kopytowska (External Reviewer) and Dr Igor Lakić and Dr Svetlana Kurteš, who were among the members of the panel, together with colleagues from Seville and Barcelona. The defence took place on the 2nd July 2012 and sparked a very lively discussion, at the end of which Dr Ivanova successfully defended her PhD thesis and was awarded an International Doctorate in Linguistics. We congratulate her once again on this wonderful achievement. With a view to fostering future collaborative initiatives and similar examples of best practice in academic networking, Dr López-Soto was invited to join the Network’s Advisory Board, which she kindly accepted. On the same occasion, Dr Ivanova was offered the role of the Network’s PR Manager and we are very pleased to announce that she is now in charge of publicity and promotional activities of ENIEDA.

ENIEDA Panel at the International Conference in European Studies Research 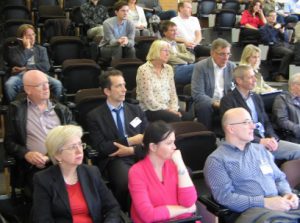 ENIEDA members organised two panel sessions at the international conference “Towards a European Society: transgressing boundaries in European Studies Research”, convened and hosted by the Centre for European and International Studies Research (CEISR), University of Portsmouth, UK, from 28-30 June 2012. The ENIEDA panel, entitled ‘Linguistic and cultural identities of the Wider Europe: within and across borders, disciplines and practices’, had two thematic sessions: ‘Extensions of the European linguistic and cultural areas: policies, practices and perspectives’ and ”New minorities: (im)migrants as a new cultural reality in Europe’. The concluding part of each session was a lively discussion, lead and moderated by Professor Giacomo Ferrari, President of ENIEDA. This was also a good opportunity not only to present the Network and the most recent research output of its members, but also to explore possible avenues for future collaboration and cross-disciplinary networking. To that end, a series of meetings with the University of Portsmouth officials were convened, including Dr Karen Heard-Lauréote, Deputy Director of the Centre for European and International Studies Research (CEISR).