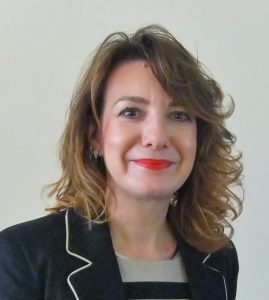 Dr Svetlana Kurteš is a UK based scholar with an extensive international experience specializing in intercultural education, applied linguistics, (intercultural) pragmatics, discourse analysis, sociolinguistics and English language studies. Her current affiliation is with the Texas A&M University at Qatar, where she holds a research position in the Liberal Arts Program, having previously held invitied professorship at the Faculty of Arts and Humanities of the University of Madeira (Portugal), where she is also a member of the  Research Centre for Regional and Local Studies (CIERL). She was educated in Serbia (University of Belgrade and University of Novi Sad) and the UK (University of Cambridge). Her international experience in higher education (including a number of countries in South-East Europe, Poland, Azerbaijan, India, Portugal, etc) has enabled her to explore innovative approaches to language learning and teaching and her affiliation with the University of Cambridge Language Centre (1998-2005) initially sparked her fascination with the potentialities of autonomous and collaborative (language) learning and a very specific role the teacher assumes in that process. Svetlana’s post-doctoral professional and academic engagement includes coordination and management of the English Profile Programme of Research (2005-2009), an international consortium hosted by the University of Cambridge, set up to produce reference level descriptions for English as a second or additional language within the proficiency levels of the Common European Framework of Reference (CEFR). Her approach to teaching essentially draws from the Constructivist paradigm. It is, therefore, interactive and dialogic, creating a supportive learning environment able to cater for a variety of learning styles, scholarly traditions and multimodal frameworks. It empowers the learner to become an active creator of their own knowledge, acquiring principles that can be applied to other learning settings too.

The focus of her research interests clusters around contrastive, comparative, interdisciplinary and multimodal approaches to communication, culture and society and issues surrounding their practical applications and educational implications. It is strongly pedagogically oriented and data driven, with an emphasis on pragmatic and aesthetic dimensions of language in its naturally occurring socio-cultural context. She is particularly interested in identifying pragmatic principles governing the occurrence of grammatical structures, focusing primarily on their relevance in applied, primarily pedagogical, contexts, and even more specifically, in language teaching and learning.

She regularly presents and publishes internationally. She is a Fellow of the Higher Education Academy (UK), acting also as a Reviewer of the Academy’s National Teaching Fellowship Scheme. Svetlana is a member of a number of scholarly associations, including the International Society for the Linguistics of English (ISLE), the British Association For Slavonic and East European Studies (BASEES), the International Pragmatics Association (IPrA), and the Cambridge University Linguistic Society. Since January 2014 she has been Review Editor of the journal Lodz Papers in Pragmatics, for which she also regularly does peer-reviewing of articles. She is a member of editorial boards of a number of academic journals, including Logos et Littera and an Honorary Member of the newly established Baku International Multiculturalism Centre (Azerbaijan).

Svetlana is a founding member of ENIEDA and its Vice-President since 2010. Together with colleagues and friends from the Management Team, the Advisory Board and the International Scientific Panel she feels passionate about exploring innovative initiatives that promote the values of multilingualism and intercultural cooperation in a rapidly changing global society through cross-border encounters and trans-disciplinary dialogue.

Svetlana continues to devote her time to research and knowledge-transfer activities in the area of language, communication, culture and society, capitalising on the synergistic theoretical and methodological frameworks that she has been working on collaboratively with the colleagues from the Network. Simultaneously, but equally enthusiastically, she welcomes every opportunity to interact with students and young scholars and reaffirm their confidence in independent learning and professional development. Supporting their academic progress continues to be a source of constant inspiration for her, both professionally and personally.

Dr Teodora Iordachescu is a Senior Lecturer in the Department of Modern Languages of the University of Alba Iulia, Romania. She is also an active member of the Centre for Research and Innovation in Linguistic Education (CIEL) of the University of Alba Iulia. She specialises in Education and ELT Methodology (pre- and in-service teacher training), English Semantics, Translation Studies and Intercultural Business Communication.
Her publications include the following titles:

Her role in setting up and expanding the Network is instrumental. Teodora is a co-founder of ENIEDA and co-chair of CLIE1 and CLIE2 conferences, as well as the convenor and a co-organiser of the 2009 Exploratory Workshop, which saw the establishment of the ENIEDA Network. She has been the Network’s Executive Secretary since 2009.

Dr Herteg is a Lecturer in Business English at the University of Alba Iulia, Romania. She specialises in Comparative Linguistics, Stylistics, ESP, and Translation Studies. She participates regularly in national and international conferences. She is a member of the editorial board of Annales Universitates Apulensis, Series Philologica, an annual publication of the Faculty of History and Philology, University of Alba Iulia,  and the Journal of Linguistic and Intercultural Education – JoLIE.
Crina is also an experienced organiser of national and international conferences and a member of ENIEDA since its inception. She has assumed the role of the Network’s Treasurer in 2012.

Dr Anna Ivanova holds an international PhD in Linguistics from the University of Seville, Spain, having completed and successfully defended her doctoral thesis entitled Barack Obama’s governing on the Internet: Web 2.0 and the pervasiveness of political language in 2012. Her research interests include Discourse Analysis, Political Discourse, Corpus Linguistics and Online Communication. A real fan of new technologies and political language, she has also authored a number of articles and conference presentations on linguistic aspects of Twitter use by political leaders. In 2012 Dr Ivanova was an invited reviewer for the International Journal of English Studies. In February 2013 Anna moved to Santiago de Chile to take up her new academic post at the Universidad Autónoma de Chile, where she is now a lecturer in the Department of Education. She is in charge of the Network’s PR campaign. 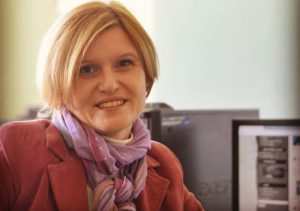 Mrs Svetlana Radlovački holds a MSc in Electrical Engineering and Computer Science. She teaches IT and specialist subjects in the Secondary Vocational School of Technical Engineering “Nikola Tesla” in Vršac, Serbia. Svetlana is a recipient of a number of awards for innovative and creative approaches to teaching and a very busy mum of two. She has been involved in creating the Network’s visual identity since 2010 and looking after the ENIEDA internet presence since 2012.